According to the USGS, approximately 2.1 million people in the United States are exposed to arsenic in their drinking water, and particularly those who are consuming water from domestic wells. Reverse Osmosis systems are an effective method of water purification and may help remove arsenic.

Reverse osmosis systems can remove arsenic from water with an efficiency of 80 to 99 percent, although the performance of the system varies depending on its design. The semipermeable membrane with microscopic pores allows water to pass through, while trapping larger molecules, including arsenic.

This article will take you through what arsenic is, how it enters our drinking water, and its effects on the human body. The guide will also explain how reverse osmosis removes arsenic in water.

According to the CDC, Arsenic (As) is a white to grey, brittle solid that occurs naturally in water and soil. Arsenic is an extremely toxic metallic element that can be found in rocks, soil, plants, air, and even water.

Some agricultural and industrial sources might also discharge it into the environment.

Copper smelting, mining, and coal combustion all produce arsenic as a by-product. Arsenic can also be combined with other elements to create compounds that can be used to preserve wood and kill insects in cotton and other agricultural crops.

Arsenic compounds come in two major divisions. They include:

Reverse osmosis uses pressure to force water through a series of filters. Water is forced through a pre-filter, carbon filter, post-filter, and a reverse osmosis membrane with microscopic pores that are specifically sized to allow water molecules to pass through, while trapping bigger inorganic compounds, like arsenic.

According to the CDC, reverse osmosis systems can remove typical chemical pollutants (metal ions, aqueous salts) such as sodium, chloride, copper, chromium, and lead, as well as pentavalent arsenic by up to 95%.

Which reverse osmosis systems can remove arsenic from water

The Waterdrop G3 reverse osmosis system includes three filters that can reduce arsenic and other contaminants by more than 99.2 percent. The activated carbon block filter also employs high-precision activated carbon granules derived from natural coconut shells to improve the taste of the water.

It is NSF 58 and 372 certified, as it has been tested and certified by NSF International in accordance with the NSF/ANSI standard.

The American National Standard for point-of-use (POU) reverse osmosis (RO) systems is NSF/ANSI 58, whereas NSF 372 is compliant with the Safe Drinking Water Act and meets the requirements of various states, including California.

This Waterdrop reverse osmosis system can remove 99.99 percent of pollutants, including arsenic, from your drinking water with its composite filter. The brand’s post activated carbon block filter also improves the taste of water by reducing bad taste and odor caused by pollutants in your drinking water.

Is arsenic in water bad for you?

Arsenic exposure is detrimental to the human health. According to CDC, people are exposed to arsenic in hazardously high or even small amounts from the air they breathe, the water they drink, or the food they consume.

Some man-made products can also expose people to arsenic.

Globally, the majority of human arsenic exposures occur from drinking water, and despite the amount, it has negative short and long term negative effects on human health.

As a result, the EPA established a lower arsenic in drinking water standard that applies to both community and non-transient, non-community water systems. The new 10 parts per billion (ppb) arsenic standard replaces the previous 50 ppb standard, which protects consumers against the effects of long-term, chronic arsenic exposure.

Normally, the health effects of arsenic exposure to human beings depend on various factors. These factors are:

According to the EPA, exposure to arsenic in water has the following effects on the human body:

How does arsenic enter our water supply?

Arsenic can get into the water as a result of human activities, such as mining, or its diverse uses in industry, animal feed, as a wood preservative, and as a pesticide. Arsenic can also enter the water supply through contamination from industry and agriculture.

It can enter streams and lakes, and the groundwater through industrial and agricultural waste discharge.

According to the CDC, inorganic forms of arsenic were used in pesticides and paint pigment in the past. People also used them as wood preservatives and as a cure for a number of ailments, and because arsenic has remained on the ground for such a long time, it has the potential to infiltrate the earth and contaminate water supplies.

Arsenic can slowly permeate the earth in the ground or surface water because it stays in the environment for a long time after being emitted.

Arsenic is mostly found in water in inorganic forms such as trivalent arsenite (AsIII) oxyanions or pentavalent arsenate (AsV).

Note: Because arsenic has no smell, color, or taste, it’s not detectable in water. Get a Total Arsenic Testing kit and have your water professionally tested – it’s the only method to find out if your drinking water has excessive amounts of arsenic in it.

For a complete list of reverse osmosis systems that waste less water read this comprehensive guide.

Reverse osmosis removes a lot of pollutants from water in most cases. However, the amount of wastewater produced by reverse osmosis systems can be more than four times that of purified water, meaning these systems can generate a lot of wastewater. As a result, if you’re in the market for a new Reverse Osmosis system, you might want to look for one that creates less effluent.

Reverse osmosis not only removes fluoride from water but it also filters other contaminants like PFAS, PFOA, chlorine, sodium, chloride, copper, chromium, and lead, among so many other pollutants.

A Reverse Osmosis system may remove 80 % of fluoride from your drinking water.

RO systems provide tailored filtration, which means they can use multiple filters to target different types of pollutants. While some filtering systems only have one type of filter, reverse osmosis systems have a number of filter options. The RO employs three or more filters to ensure that the majority of pollutants are removed from the water.

Ultimately, If you’re not sure about the state of your water or whether it contains arsenic, get a Total Arsenic Test Kit here to guarantee you don’t experience the long-term effects of arsenic in your water owing to a lack of knowledge. According to the WHO, some people drink water contaminated with high levels of arsenic without realizing it.

Bacteria are microscopic single-celled organisms that are found everywhere on earth. Some bacteria in our water are harmful, which we call pathogenic, and cause infections, but others are harmless...

More than 11 million households in the United States now own a Recreational Vehicle (RV). During camping or vacations, whether within your hometown or out of state, you will always need clean...

We are passionate about water! Water Purification Guide is the ultimate resource for learning about water, water purification, filtration and sterilization, tap water safety, drinking water sources and catchments… the list goes on!

Water Purification Guide is owned and operated by Orrton Pty Ltd, a proprietary limited company. This site is a participant in the Amazon Services LLC Associates Program, an affiliate advertising program designed to provide a means for sites to earn advertising fees by advertising and linking to Amazon .com. Orrton Pty Ltd also participates in affiliate programs with ShareASale, and other sites. Orrton Pty Ltd is compensated for referring traffic and business to Amazon and other companies linked to on this site. 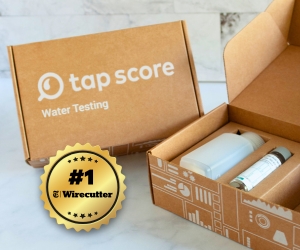